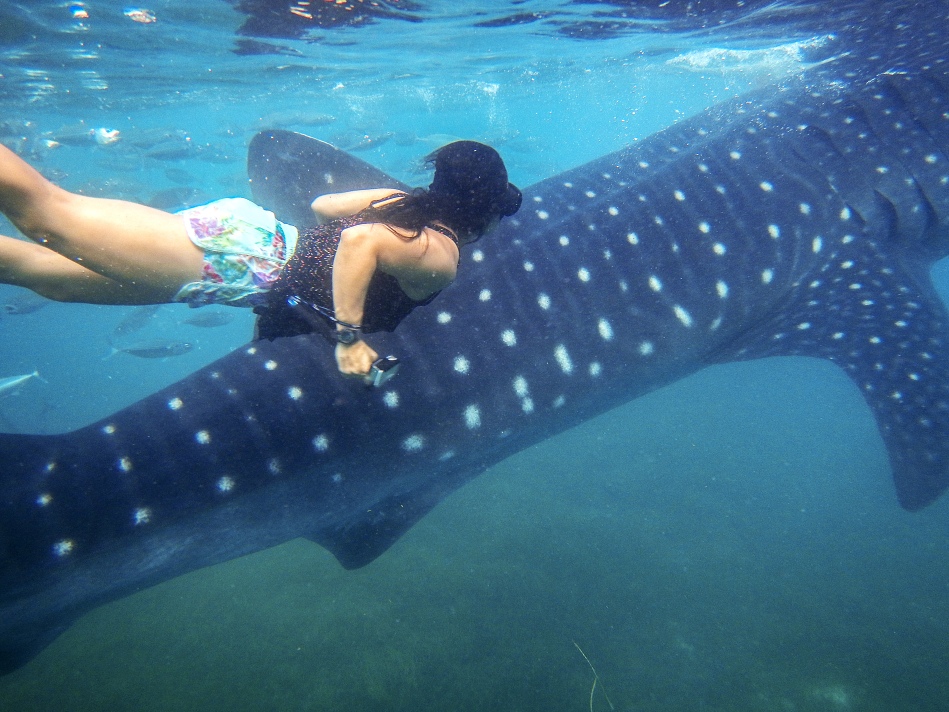 I’ve in love with all the wonderful island experiences that Philippines has to offer. They’ve got ENDLESS dive sites that are so magical, tons of beach destinations all famous for their powdery white sand, and so many outdoorsy activities to do, places to see… Cebu itself holds a few amazing bucket list items, like the extremely popular one – swimming with whale sharks.

The best part is that it’s only a 4-hour flight away from Singapore and does not hurt the pocket that much! YASSSSS!!!!
Read here for ideas on what to do if you’ve got a few days to spare in Cebu.

Note: Previously, I visited Cebu and went up north to Malapascua island (famous for Thresher Sharks) to take my PADI Advanced Open Water certificate, which was super worth it. This time round, I headed down south to tick some items off my bucket list.

I would suggest you arrive in Cebu safely outside of the rush hours. Even though we were schedule to arrive around 2.30pm – our flight was delayed + baggage took very long. In the end, we ended up being stuck with the Cebu rush hour traffic, WHICH WAS HORRIBLE. It was meant to be a 3-hour ride, but it ended up being a 4+ hour ride. We finally reached Moalboal close to 9pm. That is almost a whole day of traveling – which I didn’t expect 😦

Arrive in Cebu from Singapore
Whole day in spent traveling to Moalboal
Check in at Moalboal, settle details with dive shop, eat, sleep!

Check out at Moalboal, head to Oslob
Stop by Kawasan Falls on the way
Check in at Oslob
Relax

THIS ITINERARY ABOVE is what I would’ve done if I had a second chance to plan the trip again. It was similar to the actual trip, but I miscalculated a lot of things. Circumstances change. The worst thing is having to look at the weather for approval. We didn’t get to go Sumilon Island due to an incoming typhoon. All sea-based transport was suspended in Cebu. So that was sad.

Here’s a map for a clearer idea: 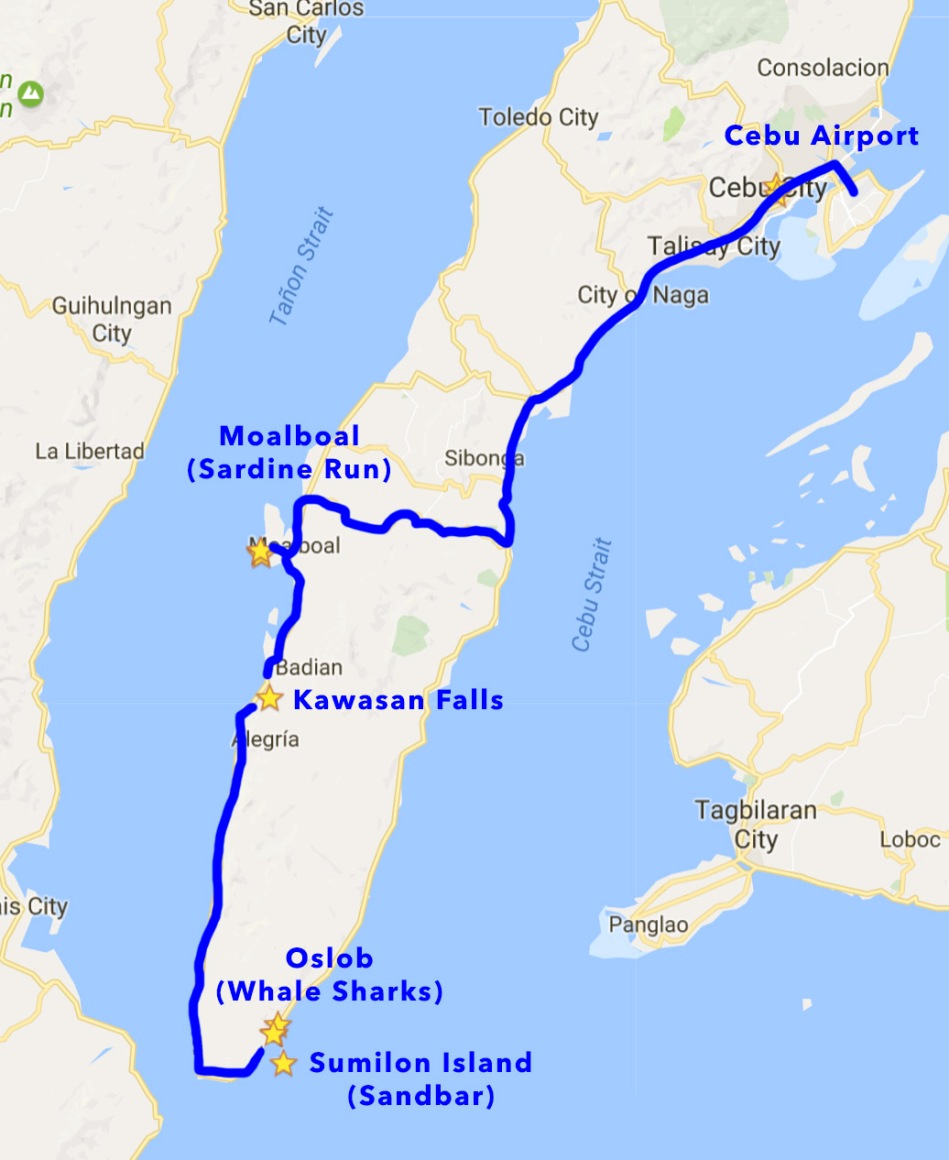 I feel that this is a smooth plan and route for me, anyway. So much traveling though.

Witnessing the Sardine Run at Moalboal

As expected, Moalboal is a small town catered to divers from all over the world looking for the famous nature phenomenon – the sardine run!!! The beach looks really good during certain hours of the day, because you can see how clear the waters are! 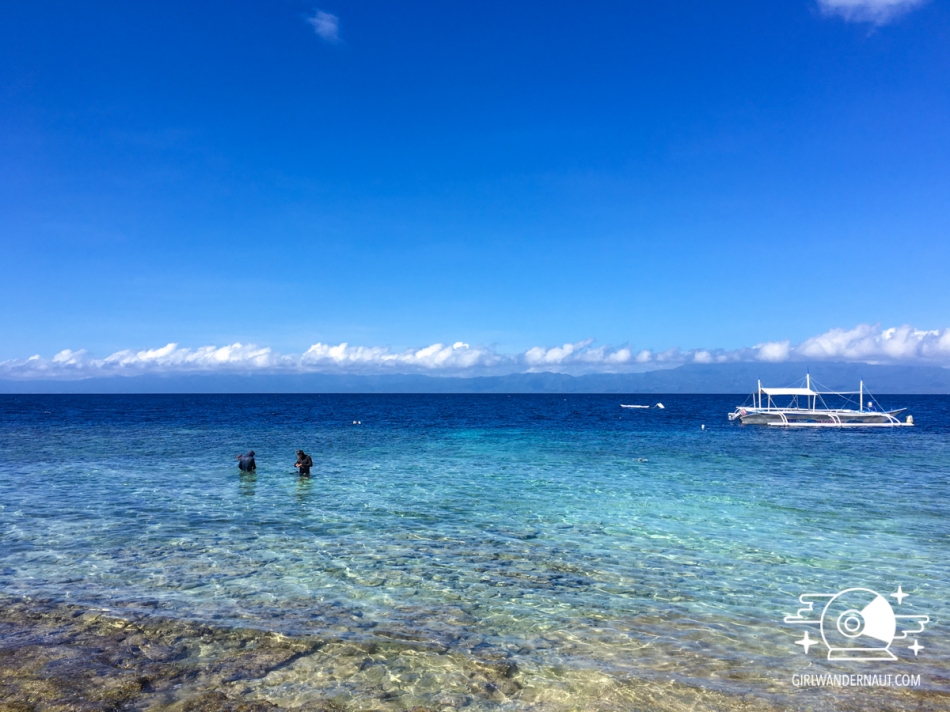 The sardine run is just 20~30m from the shore. So just a short walk in the water, and the reef drops off dramatically. Easy diving! No boats required.

The morning starts at 8am ish, it was pretty chill because there is no boat trips required… So we didn’t really need to stick to a strict schedule, which was great. The dive shore entry was short and easy! Sardines are just right there the moment we descended.

We were moving along with the sardines. 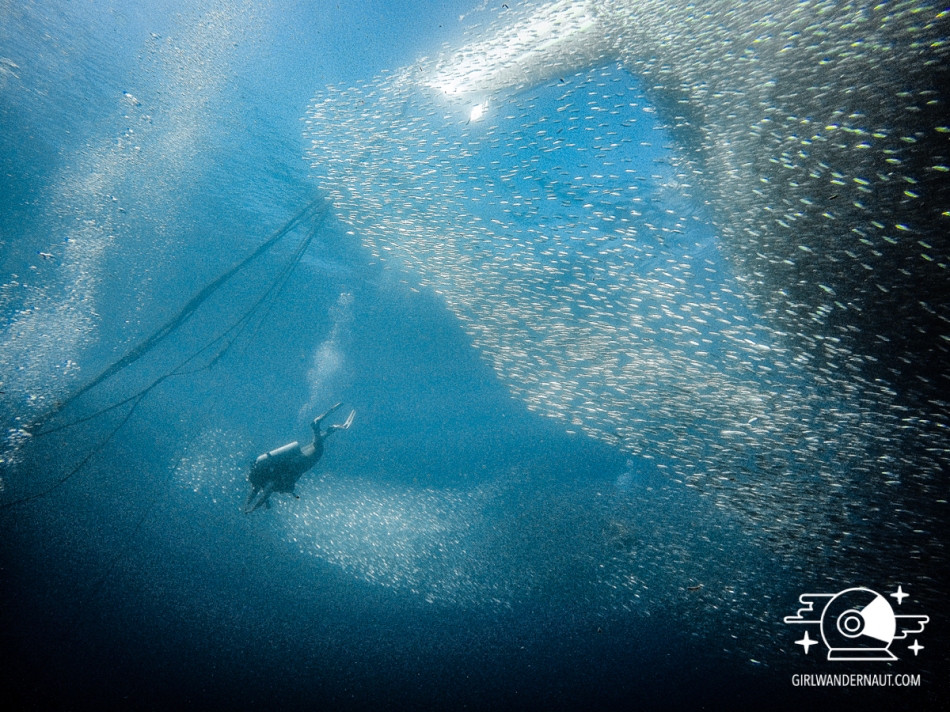 Diving with millions and millions of sardines – what an experience. 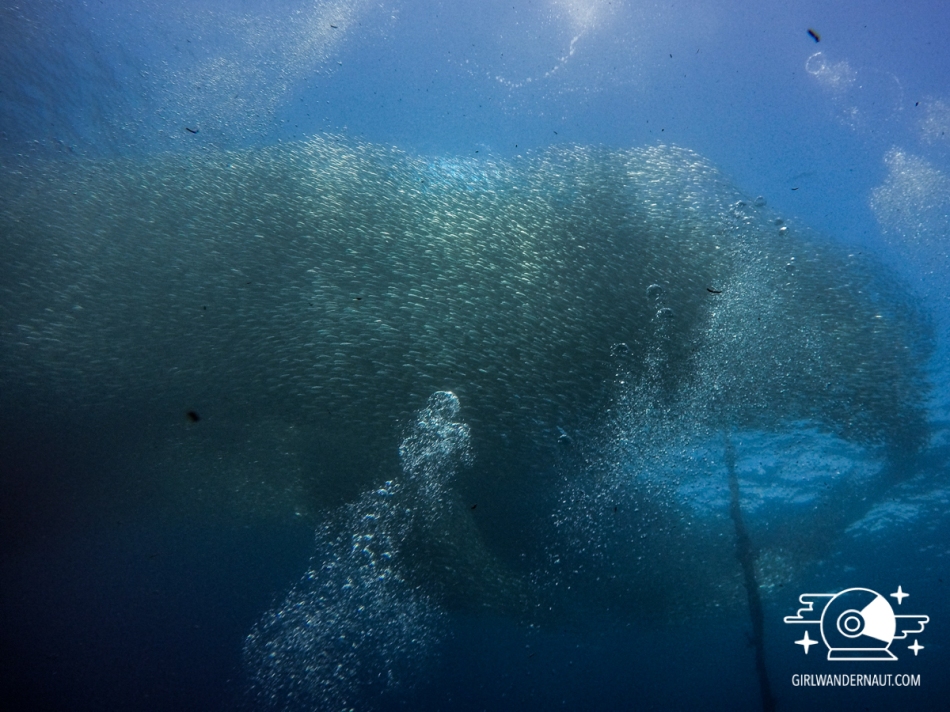 At one point, there were SO many sardines, they blocked up the sunlight.

So here’s a quick dive review on Moalboal.. This is just my opinion!

I enjoyed the sardine run. It was definitely cool to see SOOOOOO many sardines squashed up into a giant ball. A surreal experience! But for me, once was enough. I don’t feel the need to see it again, as amazing as it was. The rest of the dives around the nearby sites were so-so. Some nice corals on the wall dives but nothing spectacular. That’s why I shortened a two-day dive to just one instead. 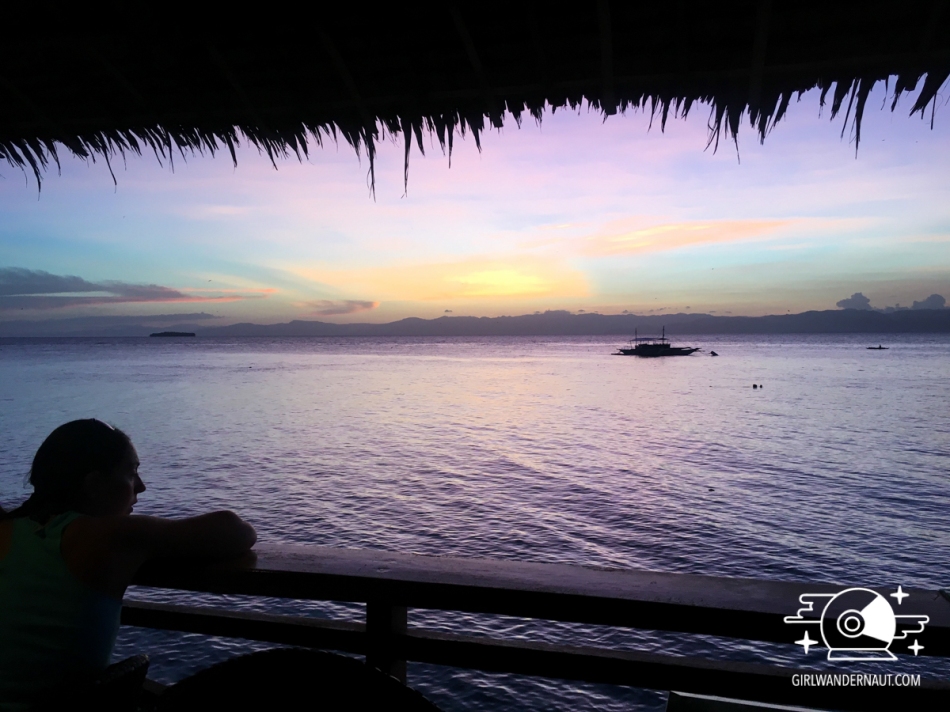 Not too shabby, Moalboal.

So convenient how Kawasan Falls was on the way. We checked out early and headed here around 10am or 11am… I forgot. Definitely worth it to come here at an earlier timing so you can have the waterfall to yourself. An interrupted photo session is SO IDEAL TO ME HAHA. Otherwise, you’d be trying to acting peaceful on the raft for the photo, while there are tons of people swimming and shouting in the background.. yeah……. no. 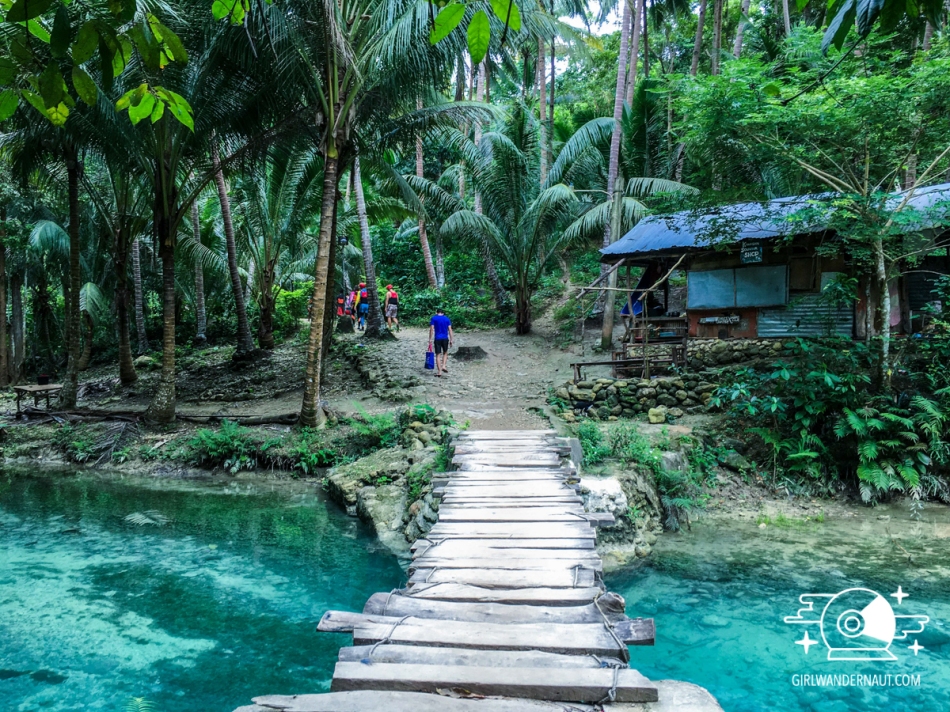 We walked for about 20-30 minutes to get to the waterfall. Initial the path was quite boring but after a while the clear blue waters started appearing and there were some photogenic bridges to take photos of. Also the waters got bluer and bluer as we neared the waterfall. So cool!

And voila! We’ve reached the waterfall.

Pano view of the whole waterfall area. Looks less cool like this haha

There were options for canyoneering here but we were too lazy to go for it. Heard from friends that it’s worth it though. There are some restaurants and cafes at the side of the waterfall but it’s a super tourist rip off. You need to pay to sit at the table haha jeez. Obviously, we did not.

Note: The waterfall is not as big as it looks on some Instagram photos but the color of the water is real. It is really that blue. The waterfall was slightly underwhelming so don’t get your hopes too high up. But still, it was a nice place to chill and swim in. 🙂

Swimming with the whale sharks at Oslob

It would be wise to arrive in the town of Oslob the day before your whale shark activity because you get the advantage of waking up nearby and getting to the place first without the crowd. The whale shark tourist part is quite messy, and famous for snaking long queues during the weekends and public holidays.

Tip: Choose to come here on a weekday, and avoid major holidays in Philippines so you can avoid the crowd. Trust me, it’s going to be so hectic to be sharing the water and sharks with tons of screaming tourists. I’ve heard stories of people getting kicked around so much so that it became an extremely unenjoyable experience.

We only needed to wait for about 15 minutes before getting onto the boat. Your own equipment is not required – they provide the snorkel set. Bring your own if you are a scared of using the public ones. 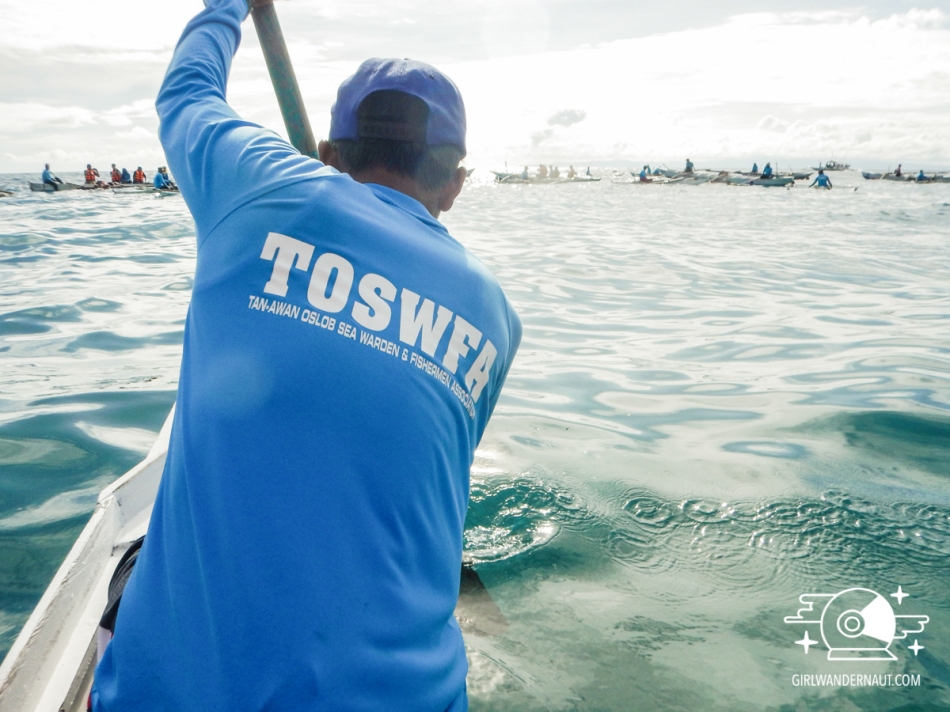 Just a short paddle towards where the whale sharks are being fed, and you can hop right in! It was tiring to get underneath with the whale shark with my life jacket on, but it was also tiring to continuously paddle because the waters were quite rough (we might’ve been unlucky).

Such majestic creatures!!! Sometimes there will be 3-4 whale sharks swimming around us which is so awesome. I know there are controversial debates surrounding the ethics of this whole tourist operation, but I guess I’d rather see them being loved, than slaughtered…? I just hope the tourists respect the rules and avoid touching the whale sharks though.

There are options for diving too, but I’d rather just jump in with them like this since they mostly stay on the surface. Also, it’s cool to finally look like a free-diver (HAHA, I WISH) without all the scuba equipment. Cheaper and faster too, anyway.

Only can get this shot without a life jacket.

Please remember to keep a respectful distance from the whale sharks, and never ever touch them. We might possibly infect them with the bacteria from our skin. For a slightly less controversial option, you can try Donsol, Philippines.

This was meant to be one of our plans while we were at Oslob. It is just a short boat ride over to this tiny Sumilon Island! We were planning to head here after swimming with whale sharks since there are a few boat trips throughout the day, and can be bought at the pier. Unfortunately, there was a typhoon approaching Cebu so they cancelled all sea transport. Sucks!

But do come here if you’ve got some time to spare! The crystal clear water and white powdery sand looks amazing. 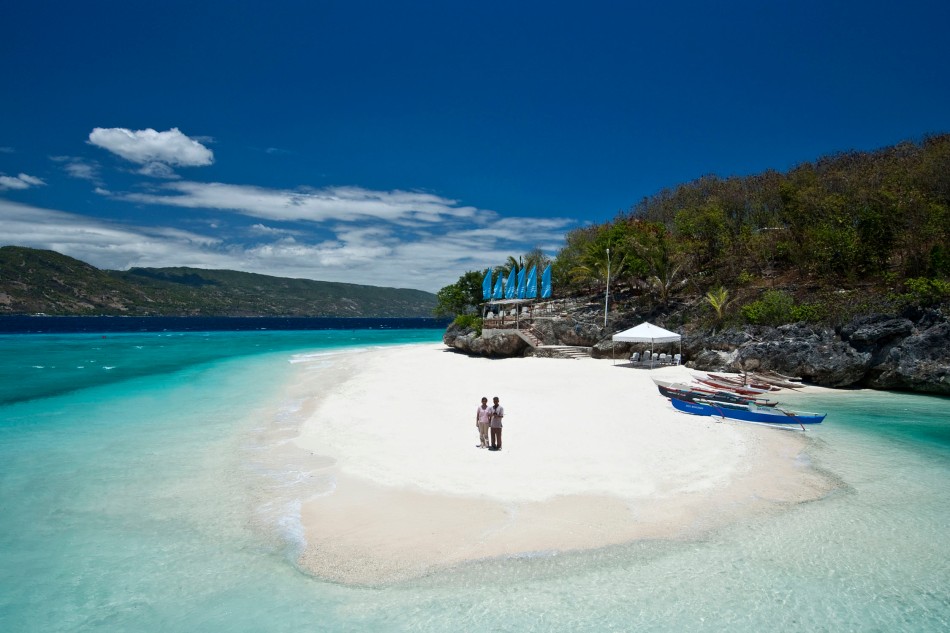 Just a random thought: the world climate has been shaky lately… I know you can’t be sure, and maybe we were just unlucky, but November is meant to be typhoon-free. But still, we bumped into it anyway.

ANYWAY… Cebu is full of amazing things to see! I am always blown away whenever I’m here in the Philippines. Hope you have fun here, and try be as far away from the typhoon season as possible! Hope you can enjoy Cebu under cloudless blue skies 🙂

1 comment on “Sardine run and whale sharks in Cebu” 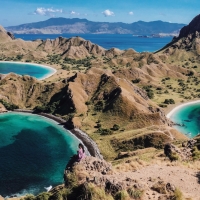 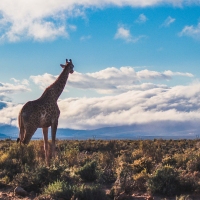 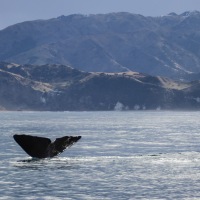 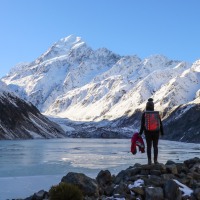